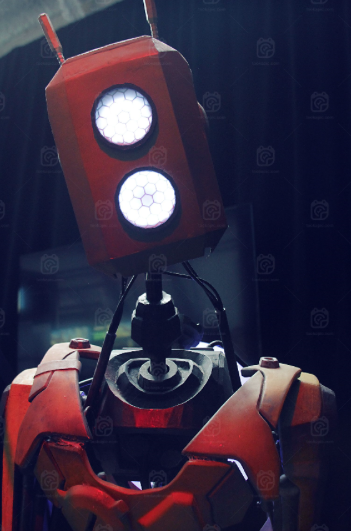 Every so often, some media pundit raises the alarm about automation and robotics decimating jobs. Then I receive comments at our sales training seminars from attendees who question their job security when marketing automation is becoming the norm and the future promises artificial intelligence-powered chatbots with sales capabilities.

While robots, artificial intelligence, and other related technology are impressive, and it is true that workers in repetitive, menial jobs are largely replaced by machines eventually, robots will never replace B2B salespeople.

Most B2B deals have many moving parts. Deals take weeks or months to close. Many contacts must be made, including phone calls and lunch meetings. It’s hard to imagine a robot having an intelligent conversation about a customer’s business over a plate of sushi. At least without making the potential buyer feel extremely weird.

Although, I do imagine a robot might be quite good at golf.

Emotional intelligence is superior to genius IQ when it comes to sales. A robot might perform calculations billions of times faster than any human ever could, but it will never have real feelings. Machines cannot put themselves into the customer’s shoes and feel empathy for his or her problems; sales training seminars can teach humans how to develop this skill.

What robots can do is help human salespeople understand buyers better based on the data collected about them, and therefore tailor a better sales approach.

3. Improvisation and intuition are needed to close sales

Human relations are extremely complicated affairs, which makes the act of selling anything but black and white. You have no doubt experienced one or two sales calls where everything looked good and the prospect seemed perfectly ready to close, and then they backed out at the last millisecond. Something happened, but you probably adjusted your approach (improvised) and used your intuition to fix the situation and close the deal in the end.

Robots can tell jokes we program into them, but they cannot improvise very well, nor do they possess that nearly supernatural sixth sense called intuition which allows good salespeople to pivot when surprises come up.

Robots can only act based on the data fed them. When chips are down, they do not decide to invest in sales training seminars to better their sales skills – they simple wait for new programming from their masters. They don’t attend Tony Robbins seminars and get pumped up to bust their quota next quarter thanks to the coaching.

Self-correction power in machines is rudimentary at best. Humans, however, have an infinite ability to improve.

Have you ever had the urge to hang out with a robot? Didn’t think so. First, they are pretty creepy, regardless of how cute their makers try to make them. And they just aren’t very much fun when you invite them over for cocktails.

No, robots are just no good at one of the staples of B2B sales: networking. They lack the social skills needed to make good eye contact and a positive first impression, which leads to a nice conversation, and ends up with an exchange of contact information for future appointment setting.

So, stop worrying about robots taking your job. Just brush up on your skills with effective Asher Strategies sales training seminars and your future in sales will look rosy!