Hiring Millennials for sales jobs. This is what you need to know.

Millennials have received a bad rap as the generation everyone loves to complain about. The stereotype describes them as narcissistic and they have a terrible work ethic. In truth, just about every younger generation gets picked on by older generations who resent change and long for “the good old days,” and
Millennials are not exempt from this.

With Millenials making up about half the workforce, sales organizations would be best served by understanding this key demographic and its motivations in order to successfully recruit and train them. A hiring aptitude test will help select the most promising candidates, and so will understand a bit more about the Millenial psyche.

Here are a few ways to successfully work with Millenials in sales jobs.

Millenials are digital natives, meaning they grew up with cell phones, laptops, tablets, gaming consoles, texting, cable TV and social media. You could say that this generation is defined mostly by this technology.

As a result, they expect automation and efficient communications aided by tech. Bureaucracy and paperwork discourages them, so your job as a sales leader is to listen to their suggestions regarding digital solutions for sales because they are likely light-years ahead of you.

This might push you out of your comfort zone as they conduct client calls via Snapchat on their phones or some other non-firewalled endpoint, and there is little hope of restricting them to one particular app or device as the mobile space evolves so quickly. The benefit is they can reach so many people in so many ways.

Another good thing about their always-connected lifestyles: they do not bat an eye when asked to take an online hiring aptitude test, whereas older people might view this process with apprehension.

Let them exploit their connections

What seems to you like loafing around could very well be prospecting, so take it easy on draconian “no cell phone” or “no social media” policies at the office. You just might be cutting off their primary communication methods to their network – meaning they will struggle to build a pipeline.

Millennials are very comfortable using tech to express and promote themselves, and this is how they build relationships. While LinkedIn is definitely recommended for B2B salespeople, most Millenials bring a ready supply of potential customers through their Facebook, Twitter, or Instagram accounts. Leads, or at least referral sources, are a tweet or live stream away in many cases. Compare that to the time and effort you expend on setting up a webinar three weeks from now.

Connecting and relating to many people is the cornerstone of sales isn’t it? Social media is therefore a perfect avenue for Millenials to do so. 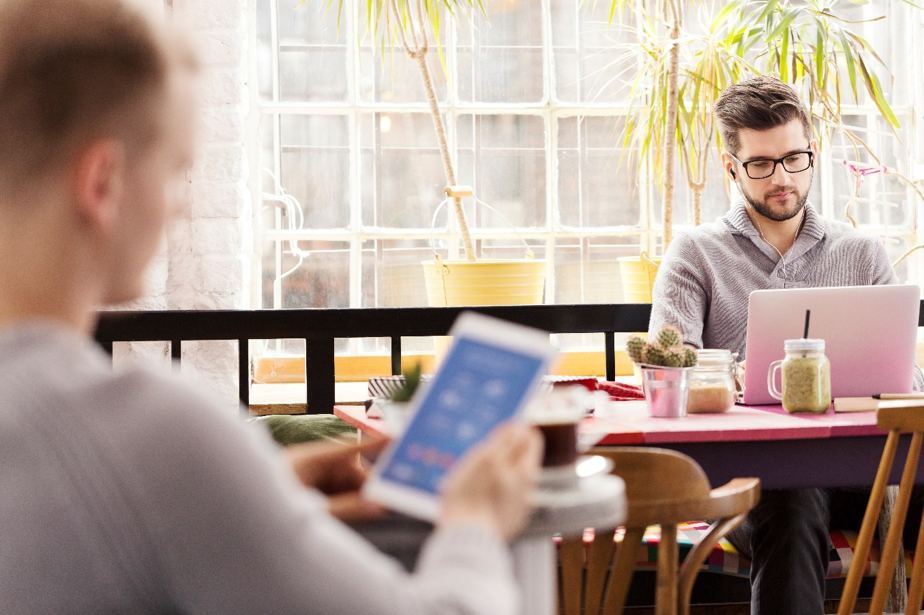 Be tolerant with their approach to work

Millennials are willing to work hard, but they aren’t willing to do things just because someone in power says so. It’s not that they don’t respect any authority; it’s that if they feel they can work smarter, they will bypass rigid routines and processes.

This translates into things which old-school managers might find aggravating, such as taking perceived shortcuts (which they consider efficiencies) or working odd hours (because they simply feel more productive at certain times). They can take the old adage “work smarter, not harder” to heart in big fashion, and this could rub managers the wrong way.

Of course, results matter. So, the real test is whether they close deals and bring in the revenue or not after a period of time. This cannot be faked!

To have the best chance of picking winners, a hiring aptitude test for every prospective hire can help select Millenial salespeople who have “the right stuff”– even if they have some odd ideas about how they will build their pipelines.

Millenials began entering the workforce around the Great Recession. They saw firsthand how workers, even at supposedly stable firms such as Lehman Brothers, were subject to losing their jobs at a moment’s notice. The previous generations’ mindset that one could work at the same company for years and be rewarded with opportunities is absent in most Millenials. Who can blame them, when they have seen the opposite and experienced layoffs and instability?

This makes Millenials more likely than past generations to aggressively control their own career path – and this might mean a short tenure if they are not kept engaged and motivated. Apart from decent pay they want greater autonomy over their decisions, schedules, bonuses, and the like. Furthermore, they want a way to advance as time marches on and seek to collaborate and challenge rather than merely follow orders.

Now, this actually makes sales jobs very attractive to Millenials! Think about it: what other profession offers near unlimited pay depending on one’s own initiative and skill at prospecting and closing deals, where one can eventually build and manage his or her own team? I think sales fits that description quite nicely, especially at forward-thinking companies that embrace technology and data science in sales and marketing.

In closing, don’t be hesitant to hire Millenials for B2B or government sales jobs. They bring a lot to the table even if they don’t always do things the way they are “supposed” to. Quite simply, use a hiring aptitude test to ensure you pick the best people possible for the roles you need to fill.