Do your salespeople take ownership

A brilliant, yet sobering article in the June print issue of Fortune called “Seven Decades of Self-Destruction” relates the downfall of one of the most powerful brands in American retail history: Sears. Millennials might not be too familiar with the brand, but most everyone else remembers anticipating the large catalogs that arrived in the mail in order to circle the toys they wanted for Christmas. Sears was past generation’s Walmart and Amazon rolled into one.

In 2019, however, Sears star certainly appears faded. Where its sales were once one percent of the entire US economy, and two-thirds of American shopped there (according to the piece), it has recently closed down
3,500 stores. Last year it filed for bankruptcy protection.

As the article aptly points out, one major contributor was the managers’ failure to accept responsibility for what was happening to them. They were arrogant and blamed everything except for their own actions (and inaction in the face of market shifts) for their troubles. “Bottom line: It’s everything except us,” to quote the article.

This happens in sales organizations as well. Salespeople start to verbalize things like:

“The economy is bad.”

“Our products aren’t as good as the competition.”

“These prices are too high.”

What these really mean is “I am not taking responsibility for my own success.”

Pre-employment testing can help prevent hiring people with this sort of attitude.

An important trait to check for when using pre-employment testing for a sales hire is Self-Protection. This trait measures whether he or she can take constructive criticism and is, therefore, coachable; or whether they take criticisms personally and try to explain away their faults.

When combined with a low Need to Serve score, this could signal big trouble. Need to Serve reflects whether a person feels compassion and concern for others, or whether they are too self-centered.

It’s not hard to see that a self-centered person who does not take criticism well, would accept responsibility for their career and would instead blame your company, its executives, managers, other employees, and even customers for their lack of performance.

Your best bet is to avoid the heartache of having someone like this around and choose someone with higher scores in both these traits. 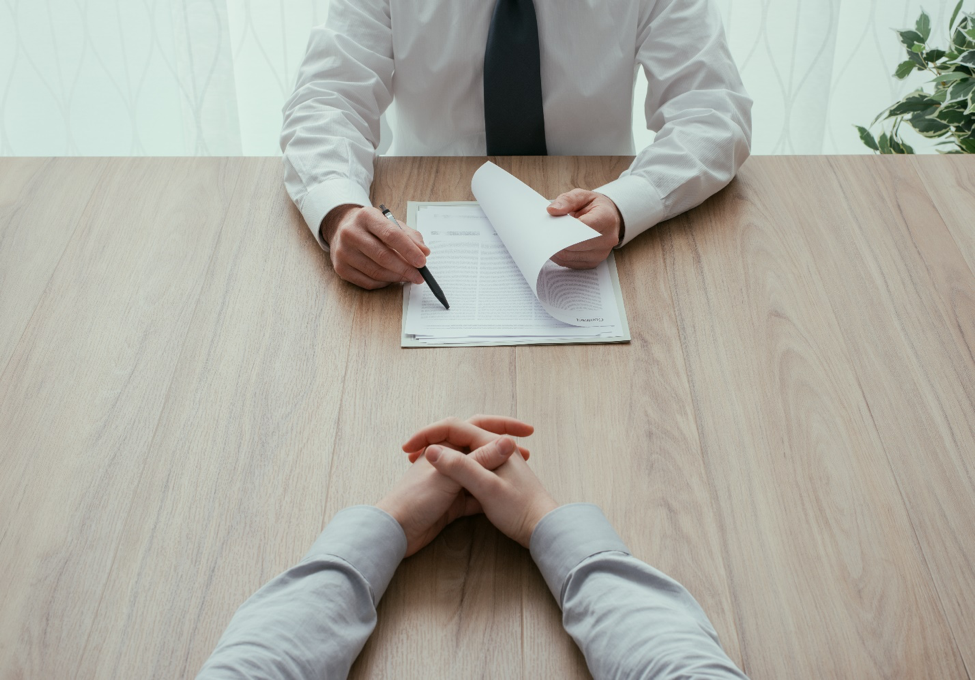 Interview tips to detect those that “pass the buck.”

In addition to formal pre-employment testing, a personal interview can uncover a candidate’s attitude towards personal responsibility. Here are three simple questions to ask:

1. “What was your biggest success, and what was the biggest contributor to that?” If they credit others on the team or bosses as well as themselves, that is a good sign. Beware those who solely claim credit here while blaming others on the next question!

2. “Tell me about your biggest failure and how you recovered?” If they admit to their responsibility in the matter, that is a positive.

3. “What did you like least about your past employer.” A few gripes here are expected, but careful with anyone who unleashes a torrent of criticism without acknowledging their own role in any of the problems presented.

Companies who have active sales training programs produce better salespeople who accept more ownership of their buyer’s and their employer’s successes and failures. It is nearly impossible for someone to take responsibility for things they have no control over.

Imagine someone who has never been taught to drive and suddenly inherits a race car. It will likely sit gathering dust and eventually rust as he or she has no clue what to do with it! Teach them to drive, and they will become more responsible for it, including taking it for a car wash and oil change every so often. Train them extremely well, and they might even win a race or two.

Training empowers people to control outcomes more effectively. This is the entry point for them to take ownership of their environment rather than give endless excuses for why they can not.

To wrap this up, the first tool in finding salespeople who accept complete responsibility for their personal success and that of their employer’s is pre-employment testing. Next, a face-to-face job interview will shed further light on a candidate’s attitudes about responsibility. Finally, sales training and individualized coaching increase competence and the ability to better control sales outcomes – and this leads to the willingness to own things when they “blow it” or “knock one out of the park.”

It’s nice to be surrounded by teammates who don’t pass the buck. You can count on them to get things done and to have your back when things get touchy.