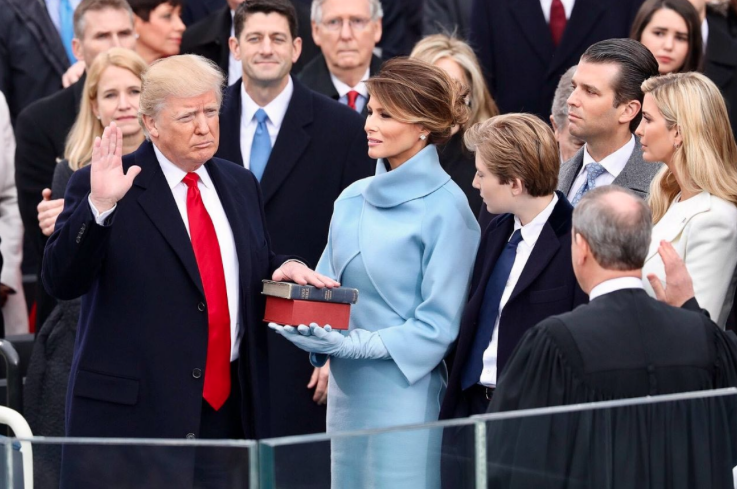 Love him or dislike him, President Donald Trump is issuing orders which affect the American business climate. Business sales training providers should stay ahead of them in order for their students to take advantage of these changes.

Although he has only been in office for a short time, there are already some major developments which are altering the economic landscape. Let’s take a look at a few, and examine how salespeople might leverage them to forward their aims, regardless of where they lie on the political spectrum.

Trump promised to cut regulations on the campaign trail, and thus far has lifted rules which impact large sectors of American business, from the energy industry to finance. As former Congressional Research Service and GAO staffer Curtis W. Copeland was quoted in a recent New York Times article about the rule-cutting measures, “It is unprecedented.”

Competent business sales training workshop vendors will emphasize now is the time to unleash new products and services and pursue new markets, thanks to this business-friendly atmosphere. The Competitive Enterprise Institute estimates the federal government’s regulatory burden cost American taxpayers and businesses a staggering $1.885 TRILLION in 2015.

By alleviating some of the regulations, a lot of this money will make its way into the economy – a boon for B2B businesses.

In other words, it’s time to hit the streets, salespeople!

Wall Street is feeling bullish. As Goldman Sachs’ CEO Lloyd Blanke inputs it, “it feels like we’re changing to [a market] in which its going to get grow thier … and one in which we are getting a bit more optimistic.”

If this keeps up, businesses will be more confident to invest. Business sales training seminars should teach students to leverage this with a few objection handlers and closes:

“With your competitors investing more thanks to increased confidence, wouldn’t you agree curbing spending at this time might backfire for your business?”

“Now might be the best time to make a move, thanks to the bull market.”

“Regardless of the negative bias in the press, these figures do not lie…the economy is heating up and this service will help you take advantage of that.”

Salespeople can point to hard statistics from neutral sources in order to back up their assertions, and thereby keep political opinions completely out of the equation.

Now, despite the pro-business actions taken thus far, there is one factor which could put a damper on things: Twitter. As you probably know, Trump has a tendency to stir things up via his Twitter account.This is not likely to change for the remainder of his term, so the best advice the top sales training program providers could give students is to follow his account and be prepared to address anything which pops up which might affect their industries. Better to monitor than to be caught blindsided by not knowing about the latest tweet right before an important meeting or presentation!

Delivering business sales training is always interesting, and the next four years will likely be even more so!