Negotiation is part of closing every deal. It’s a cousin to handling objections and has its own specific tactics for success. In this post I will cover four great ones you can use no matter your negotiation style.

Before I get into them, I recommend learning your sales personality and preferred negotiation style by taking a hiring aptitude assessment. By uncovering this, you can adjust your approach, including body language and voice inflection, depending on who is sitting across from you at the negotiating table. Matching personality styles can improve rapport and your chance to come to terms successfully.

1. ALWAYS ask for something in return when giving a concession.

If your hiring aptitude assessment shows you are an emotive, generous negotiator, keeping this tactic in mind will help you when faced with aggressive buyers who won’t stop asking for more and more concessions. These greedy negotiators will try to take you for a ride, and the best way to stop them from “nibbling” is to force them to give something up each time they ask for a concession.

Bad example: “You want 3-day free delivery? Let me see what I can do.” Isn’t that what most mediocre salespeople would say?

Try the following instead.

Good example: “You want 3-day free delivery? If I can get that for you, are you willing to pay upfront and write the check today?” See how this turns the tables, especially if delivered in a friendly rather than confrontational way?

If you do this in every instance when they ask for a discount, a change in delivery or payment dates, an extended warranty — or anything else for that matter – they will soon get the message and stop nibbling.

2. Ask for more than you think you will get

There is nothing wrong with making a lot of money, as long as the value delivered is commensurate with the money you take. Still, it’s amazing how many people sell themselves and their companies short by asking so little for their time and effort or giving up concessions needlessly.

Always ask for more than you think you can get. If you have leeway on price, mark it up. If prices are set, then try to sell two of an item, an extended warranty, or something else. You could even ask for 10 referrals, and you might get six rather than your usual two.

Asking for more increases the perceived value of you and your offering, and also leaves room for negotiation. And sometimes you get everything you ask for without the buyer even flinching.

When you do get more than list price, use that to deliver a far superior experience. Speed up delivery. Throw in a service plan. Spend on a premium gift basket, season tickets, or a meal at the best restaurant in town. You can also use the extra to offset a discount for another account.

If your hiring aptitude assessment reveals you are a soft negotiator, you will have a tough time using this tactic the first few times, but you will get the hang of it after a few successes. It takes a concerted effort to adopt new habits, this one is well worth it.

Improvisation classes for actors stress the “yes, and” technique. The way this works is each actor responds to whatever a fellow actor says, no matter how silly or out of place, with “yes, and” rather than a negative which can stop the scene.

The way this might work in a negotiation is as follows.

Bad example: “I’d like to move forward, but can you drop the price to about half of what it is now?” “No, I don’t think we could do that much, but maybe 10 percent could work?” This salesperson just gave away 10 percent of the revenue far too quickly and stopped the “scene” before they got the chance to explore more favorable terms on the selling side.

Good example: “I’d like to move forward, but can you drop the price to about half of what it is now?” “Yes, and I would love to move forward as well. In order to explore a price reduction, we’d have to be flexible with the specs. That makes sense, doesn’t it?” Rather than say “NO,” this keeps the “scene” going so the selling side can work towards a win-win rather than give up the farm.

NOTE: the “Yes, and” in the latter example should be delivered quickly, without pausing, or the buyer could think you just agreed to a 50 percent discount! Alternately, you could say “I would love to move forward as well, yes, and in order to explore a price reduction…”

4. If you give an ultimatum, mean it and walk away if needed.

Occasionally, deals reach such an impasse that you have to issue a “take it or leave it” ultimatum. This is a last-ditch effort to save a deal and should be avoided in lieu of diplomacy and the earlier tactics herein. However, if ego or some fixed idea on the other party’s side is getting in the way of coming to terms it may be the only workable tactic.

In order to deliver an ultimatum effectively, you have to mean it. You should be willing to literally walk away from the commission because you know you cannot budge one more inch and the deal is therefore not worth saving. It helps to have good alternatives to what the other side is offering, such as another, the easier prospect to sell to if you are a seller, or several other vendors offers if you are a buyer.

If a hiring aptitude assessment shows you are a dominant-type negotiator, you can usually do quite well with this tactic as you will deliver it with conviction. The other party is either going to give in or walk away from themselves – and usually with a newfound respect for you as someone they cannot pushover. This could make future negotiations more productive, as they have learned you have limits.

I like to think of negotiation as a game, even if the stakes are high. If you learn the basic moves inside and out and focus on delivering a win-win every time, you will earn a reputation as a skilled negotiator and people will want to deal with you. If you fumble and are too weak or too aggressive, then you can expect your closing ratio to suffer. At any rate, to become great requires you understand your personality style through a hiring aptitude assessment or similar test. 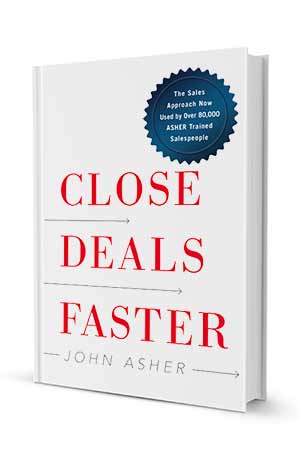