The APQ has proven to be an indispensable tool for recruiters and sales leaders in thousands of companies. The strong correlation to real-world performance, easy-to-understand charts and reports, and uncomplicated set-up make it a leading pre-employment assessment for sales organizations.

However, the APQ goes far beyond simply helping to find the best possible sales candidates. In this final chapter in our series on pre-employment assessments we will explore other uses for this powerful tool.

The APQ comes with several reports which extend its value beyond hiring. These explore nine main personality traits, as well as 22 secondary traits PLUS the test taker’s Temperament, Ego Style, Social Style and Primary Need characteristics. They not only illuminate how the test taker’s personality impacts job performance, but also which personality styles they most need to stretch in order to achieve a better balance when interacting with others.

For example, a Direct Driver will often feel frustrated with a Supportive Helper because of the small talk and slow pace typically associated with the latter. The APQ reports educate the test taker so he or she can not only recognize different personality types, but adapt to them. In this case, the Driver can take the time to find out about a Helper’s family before getting down to business, and also slow down their speech to make the Helper more comfortable.

Coaching reports raise self-awareness, and when this is combined with role playing and other forms of training, sales results become supercharged.

Team building and “filling the gaps”

Pre-employment assessments can help executives compensate for weak traits by hiring those stronger in them – to “fill in the gaps,” . Testing might reveal that a sales department is comprised mostly of Helpers. Helpers are warm and caring and a bit too timid to aggressively chase big deals. Executives who are on the ball would recruit a few Drivers and Expressive Communicators (after testing them to confirm of course) to compensate and capture bigger deals.

One could figure out the ideal ratio of Drivers, Communicators, Thinkers, and Helpers for their specific needs and use testing to identify those who could fit each category.

Tests such as the APQ are increasingly being used beyond sales departments. In one case, a manufacturing firm tested all of its existing people, not just the sales staff or new hires. They looked at the reports and found that one successful unit had a production manager with a low Need to Analyze score while the project manager had a high score in the same trait. They also found the two managers made a great team because each had different strengths – one figured out the priorities and the other was simply driven to execute them. Having two managers with the same scores might have actually led to conflicts and disagreements. Instead, each “stayed in his lane” because of their innate personality.

The company used the insights learned from their APQ reports to create similar matchups in other areas and reported a much better culture overall. 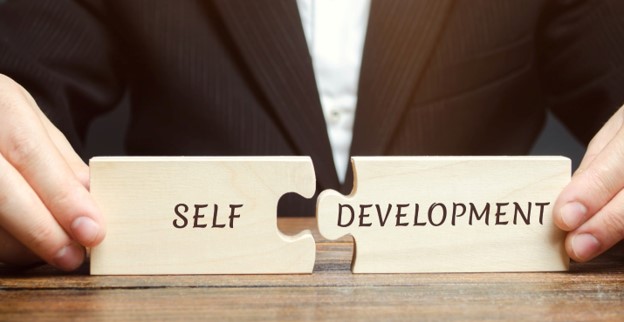 The APQ’s reports can be used to help people develop better working relationships. This makes it extremely pertinent when selling to buyers and building specific teams, as described above.
The Sales and Team Builder reports provide tips for how to best communicate with the different personality styles. This extends from how to approach the relationship initially, to voice tone and body language. Once self-awareness of one’s own personality style is achieved (the first level of emotional intelligence), test takers can learn to adapt to other styles.

It takes practice and a willingness to change, and the end result is greater harmony in the workplace due to reduced interpersonal friction.

This also extends into the personal lives of employees, as many of our customers have remarked that they get along better with spouses and other family members as a result of the EQ gained from the APQ.

If you are interested in setting up a testing program for your company, please reach out and a testing specialist will help you and answer any questions. Volume discounts are available.